Posted by holliwithani on Mar 28, 2011 in Family, Food, Inspiration 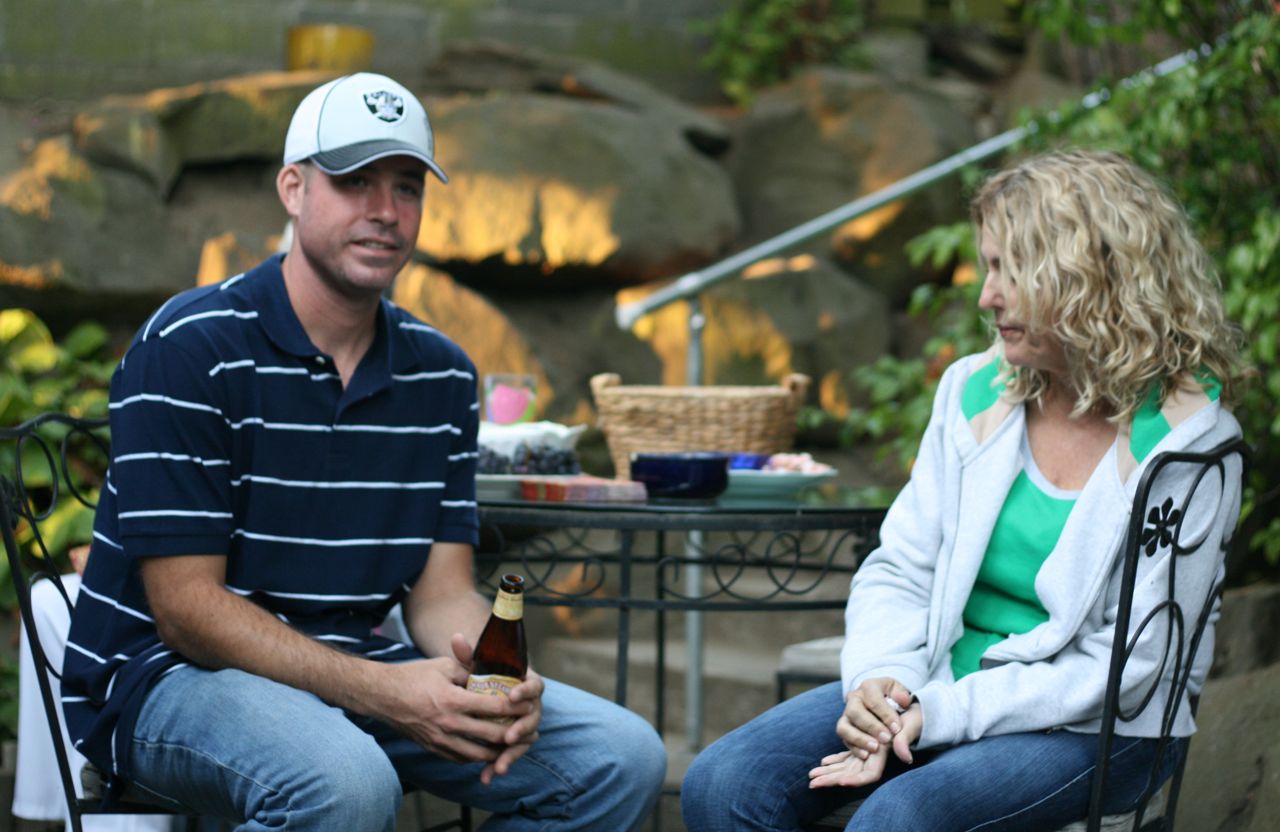 Mark (at left) having a Beer at a family BBQ.

My cousin, Mark, is like the other brother I never had. We don’t talk for like 3 months or more sometimes, but when we do it never feels odd to catch up where ever we left off.  We talked a week ago about his upcoming wedding. Among the logistics and excitement he had to share, there was something I didn’t expect to hear: He lost weight – 25lbs. in about a month and a half. I haven’t seen him in like a year and a half. He didn’t look like he needed to lose any weight, but like me, he has a slender frame. I guess he carries his extra weight well. So, how and why did he drop the pounds? No, it was not because he wants to look pretty for his beach side wedding.

Why: His mother recently had heart surgery, and it dawned on him that at almost 33 years old he needed to start taking care of his health.

How:  He and his Fiance stopped eating Fast Food, drinking Soda Pop, and drink Alcohol much less. They drink lots more water, snack on veggies and fruit and try to make more food at home. The biggest dietary change for my cousin is drinking only 2-3 Beers a month. He was no budding alcoholic, but did enjoy a beer with dinner regularly. They also joined a Gym, but are not training for any Triathlons. He’s pleasantly surprised by his weight loss, and even more so to see his Psoriasis disappear.

I am truly happy for him. Our call ended, and then I realized that I forgot to share that my husband and I have lost some weight too. It’s something that has really just crept up on us without consciously trying. We changed our eating habits the most last September/October after deciding to try a different approach to cure our daughter’s constipation. I didn’t notice the change right away.

My Mom and Step-Dad visited us earlier this month. We hadn’t seen them since Thanksgiving. One of the first things my Step-Dad said was, “Looks like everyone’s lost weight.” I hadn’t noticed that about everyone before. I knew that I had gone down a pant size, and was a little bit irked. I vented about that already. 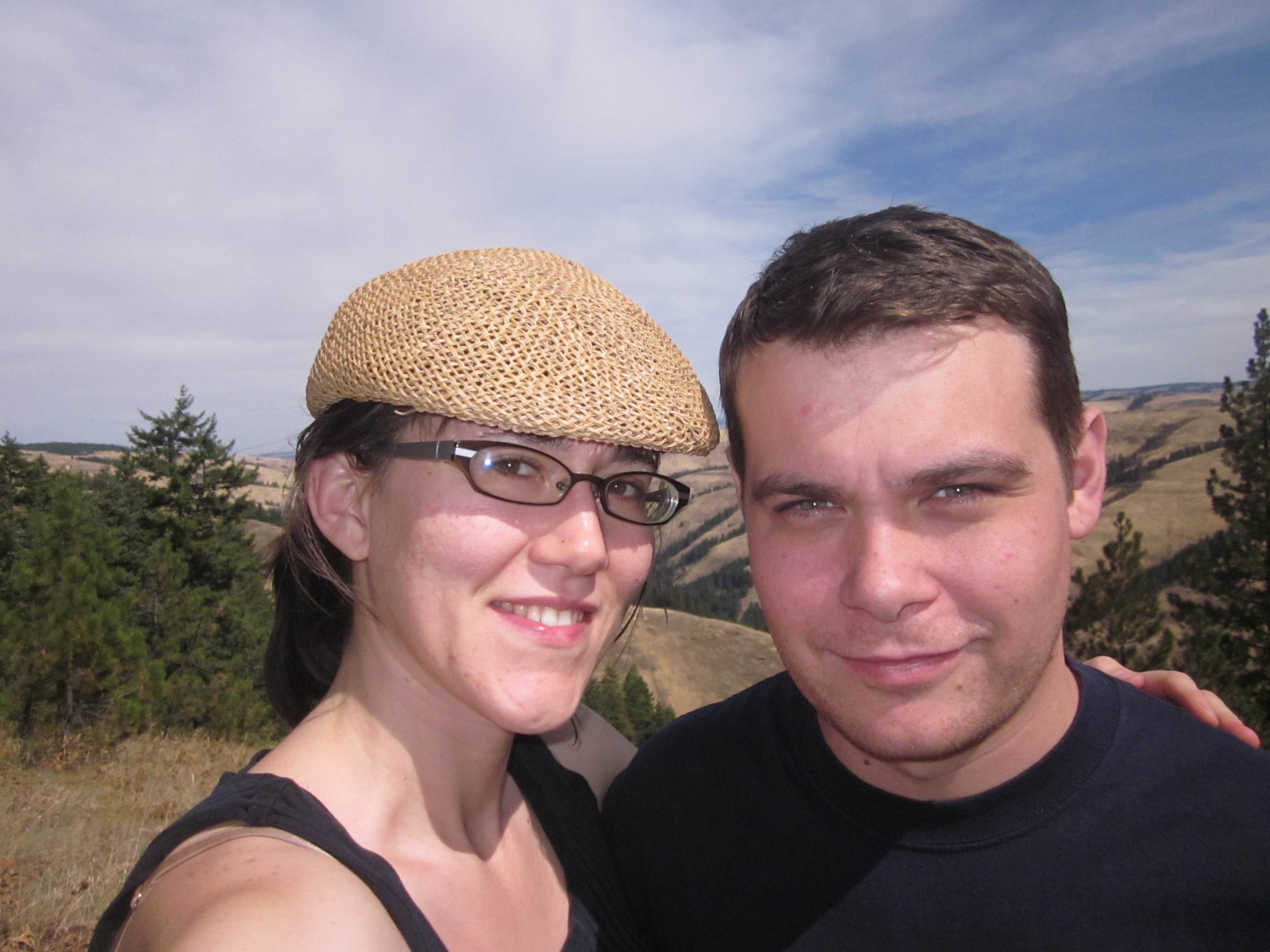 Me and my husband in September.

I was happy with my weight in September. It wasn’t my pre-baby making weight, but with my slender-boyish build, I liked the extra curves. So, how much weight have I lost? 15lbs. I am back to my old weight, but not my old build – making babies did give me boobs.

My husband has lost weight too. We don’t know how much, because we don’t really use a scale. But, he’s lost his Computer Geek Belly Pooch. He needs new pants, at least a size down. No, he’s not a boxer showing, plumber’s crack guy. But, he needs a belt.

Our kids have grown taller, but that was expected. Our son now outweighs his little sister. He looks thicker, more solid. Our daughter lost her “Trucker Belly” as several folks pointed out in a “oh, isn’t that cute” sort of way. She hasn’t lost weight, but has gained less than her brother.

How did we change our eating habits? Honestly, I didn’t think there was anything wrong with the way we ate before. But, it seems our daughter doesn’t handle dairy or most animal protein well. So, we had a reason a very good reason to make some changes.

What changed: We stopped buying snacks (even Organic, “healthy” ones), going to Starbucks (except when on a Road Trip, because they are so much nicer, cleaner and more comfortable than a Rest Stop), reduced our grain intake (less bread, pasta, etc), reduced our dairy and meat (removed all processed meats even naturally made sausage), and the biggest change for us is to eat a LOT more vegetables which helps to make up the difference in our diet. It hasn’t been easy as you may have already read here.

We’ve reached the goal of this dietary change: Our daughter now poops almost daily. Losing weight was just a bonus.

No, I don’t think everyone needs to eat just like we do. My cousin is an example of someone who’s just eating better and taking care of himself. I didn’t ask him if he’s buying Organic food or making everything from scratch. If he asks me about that, then I’ll be more than happy to explain why I do.